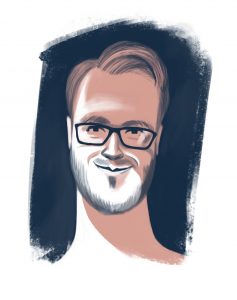 Hello! I’m a Berlin-based journalist, editor, and translator originally from London. I currently work as Eurasia Editor at GlobalVoices, and am a former commissioning editor at oDR, openDemocracy’s section on the post-Soviet space, and former assistant editor at OCCRP.

My writing and reporting has appeared in The Atlantic, Al Jazeera, Foreign Policy, The Guardian, Haaretz, openDemocracy, Politico, and Roads & Kingdoms, among other places.

I’m particularly interested in nationalism, migration, minorities, the politics of memory, and the ideas which bind them. Alongside writing book reviews and essays, I’ve reported on various topics in a variety of places, from Yezidi refugees in Georgia to Crimean Tatar refugees in Ukraine, Serb nationalists in Bosnia, abuse of counter-terrorism laws in Hungary, and Tajik dissidents across the European Union.

I hold a double MA in Russian, Central, and Eastern European Studies from the University of Glasgow and Corvinus University of Budapest, and recently received a fellowship from the Robert Bosch Stiftung to report on Islam and Turkish soft power in the Balkans. I enjoy baklava, Turkish coffee, live jazz, learning languages, Central European literature, long autumn walks, and long train journeys.

Feel free to reach out with commissions or media requests.